(007) Choosing The Best Autocross Car: The Definitive Step By Step Guide To Picking A Winner

With few allowable modifications in the street classes, it makes sense to start with the best autocross car possible. The good thing is that most people who are getting into autocross are very aware of this and happily set about doing their research.

But there is a bad thing about this. . .

There is so much useless information on the internet about which autocross car would be best. There’s no doubt that you’ll eventually end up on some kind of motoring forum and find a dozen different opinions from people who all seem to know what they’re doing.

Rather than trying to sort through the chaos, you simply need an actionable plan that shows you exactly how to:

So now that you have an outline, let’s break each of these down into actionable steps.

Actionable Step #1. Figure out what models are proven winners.

The first thing you need to do is find out which vehicle models have risen above the rest. Don’t worry! I’m not going to leave you hanging. I can show you every step of the way. And lucky for you there’s a quick and easy way to do this.

And even more lucky for you, I’ve already gone ahead and done the leg work for you! So for this step, just follow along. Here’s what I did:

Now that we have some real data to go on, we can start making some informed conclusions about what autocross car is best. There are some pretty obvious facts about the above winning models:

Now that we have a handful of excellent vehicles to chose from, let’s move on to the next actionable step.

*Note: I would think that any vehicle with a top 5 finish at the nationals is a totally valid autocross car. To see all 90 top 5 models from 2010-2014 arranged by class and number of wins, click HERE.

I know plenty of people who have aversions to particular makes and models. For example: most people are well aware that the Miata is an incredible race car (and it is, because we just proved it with data), but some of them have zero interest in owning or driving one.

And there’s nothing wrong with that.

I actually think the best autocross car is the one you enjoy racing. If you don’t like the car, you probably won’t be interested in anything else.

There are certainly enough winning autocross cars on the top 5 finishing list to be picky. Do you like American muscle? Is fuel mileage important to you? What’s your budget?

In the end it doesn’t really matter what personal filters you apply to your autocross car search. Figure out which ones appeal to you and make a short list of models you’d actually like to own.

That being done, let’s move on to the next step.

Are you a Total Rookie, Serious Contender, or Aspiring Pro? Grab your Free Cheat Sheet to reach the next level. 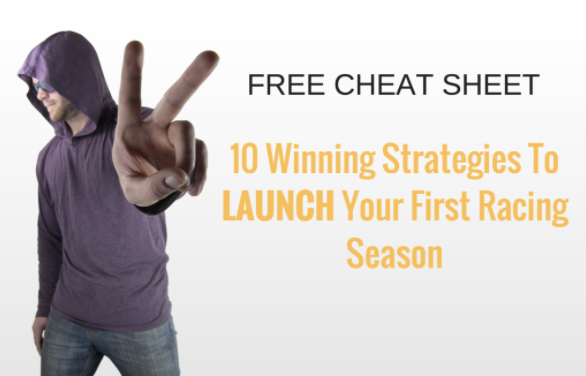 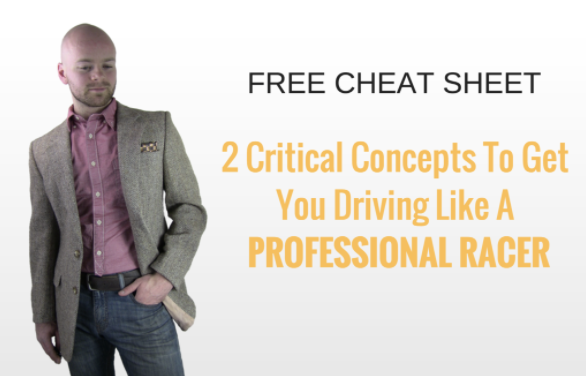 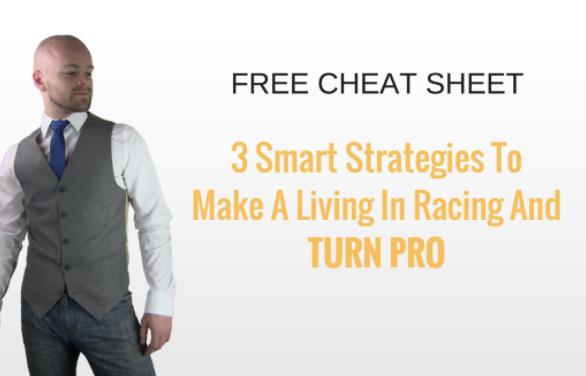 Actionable Step #3. Use facts and data to compare your chosen models against each other to make a more informed decision.

This is where you can really fine tune your search for an autocross car. You know that all the cars on your list are proven winners, so what more do you need to know?

Well let me tell you.

There are still a number of factors you may wish to consider before making a final decision. Such as:

Lucky for you I’m going to show you exactly how to do this!

These cars both competed in the C Street class in 2010 and have multiple top 5 finishes at the national event from 2010-2014. So let’s get started.

Which one is cheaper to buy?

This part of the process is easy. I’m simply going to head over to Kelly Blue Book and look up both vehicles with standard features, with 40,000 miles, and in excellent condition. Here are the results:

You can clearly see that even though the MX-5 and the 370Z are within two model years of each other, the 370Z is nearly twice the cost!

I don’t know about you, but this would play a huge factor in my final decision between these two cars.

Which one has a higher power to weight ratio?

More horsepower is usually better. But it really all depends on how much weight that horsepower has to move. A higher power to weight ratio is better, even if the overall horsepower is less.

Let’s look at the power to weight ratios of the Miata and the 370Z.

There are tons of places on the internet to find vehicle specifications, but the best source seems to be Edmunds.com. This is a great car review resource that contains in-depth breakdowns of nearly every model.

The information we’re searching for can usually be found in a section called Features And Specs. You can often jump right to this page with the following search:

The first result is exactly what we’re looking for. To find the power to weight ratio of a vehicle, you’ll need to know the Curb Weight (how much the car weighs without cargo or occupants) and its horsepower.

Once you click through the Google result to the Features and Specs page scroll down to find the Weights And Capacities and Engine Performance sections, which look like this:

We now know that the 2007 MX-5 Miata has a curb weight of 2441 lbs and a power rating of 166hp. Finding the power to weight ratio takes just a simple bit of math:

Now we know for a fact that each horsepower in the Miata’s engine has to move 14.7 pounds of weight.

If we repeat the process for the 2009 Nissan 370Z, you’ll find it has the following specs:

This is a great example of how important it is to know power ratios while considering a new autocross car. Even though the 370Z weighs 1572 pounds more than the Miata, it makes enough horsepower to be more efficient overall.

This gives the 2009 Nissan 370Z a better power to weight ratio – meaning that it has the potential to accelerate faster.

Which one has wider factory wheels?

In a street class you can’t deviate from the factory wheel width. This obviously plays a factor in potential grip.

Happily, finding the factory wheel width is very simple. All you have to do is continue scrolling down the Features and Specs page until you see the Tires and Wheel section, which looks like this:

Which one has better factory alignment options?

Alignment is a very important variable that needs to be considered.

If you don’t already know, racecars don’t care about even tire wear. Instead, they want negative camber angles that generate maximum grip during cornering. This is usually somewhere between -1 degree and -2.5 degress.

The problem is that many street cars aren’t designed for racing. As a result their suspension components often don’t have the natural adjustment necessary to achieve these negative cambers.

In fact, some cars have zero alignment adjustments at all.

I personally have been racing a 2013 Subaru BRZ. And while many people believe it to be the perfect autocross car (and it’s pretty good overall) it has absolutely no adjustments to change camber, caster, or toe. This is the only thing I don’t like about the BRZ.

So while you’re researching a new autocross car, it’s important to know what alignment options it has.

Unfortunately, finding this information can be a bit tricky. But more often than not someone else has done the work for you. You’ll likely be able to find someone else’s alignment settings with a simple search.

The best way to find a vehicle’s potential alignment range is on Google images! Simply type in the following query:

*Note: Make sure you’re using Google Images. Autocrossers like to help each other out, and many of them will post their personal alignment settings for the world to see.

After just a few moments of searching, I was able to find these two images:

While you may not want to use these settings exactly, they can definitely give you an idea of what each car is capable of. We now know the following:

Now we now for a fact that the Miata is able to provide more optimal camber angles for racing.

We’ve clearly seen that the 2007 MX-5 Miata has some advantages:

Personally, I think the 370Z has the Miata beat at the track all day long. And after having seen this data I understand why the SCCA reclassified the Nissan after 2010 from C Street to B Street.

A Final Bit Of Wisdom

Before I wrap this up, I want to emphasize one very important point: Don’t get too caught up in the equipment.

There are a few drivers that I compete with on a regular basis who have better cars than me. By better cars I mean they have applied more upgrades to their rides while remaining eligible to race in the same class as me. Some of these upgrades include:

But even though some of my competitor’s cars are technically better than mine (meaning they have a higher winning potential) I am still consistently beating them. So keep in mind that winning races is roughly 80% driver skill, 15% car, and 5% performance parts.

The best car in the world won’t help an uneducated driver. So please keep this in mind when considering which car to purchase as a racer.

Someone you know will love this! Who is it?
Tagged  autocross.
Bookmark the permalink.